Tales from Elsewhere - The Coffin

I’ve already introduced you to my Uncle John, one of Mum’s brothers - I’ve described him in “The Skunk”.  Since I wrote that post, my sister has reminded me of three more anecdotes about this uncle, which I have added retrospectively to this post.  Please do click on the link and read them, I guarantee you won't be disappointed!

During the time he was employed by the US corporation King Ranch in the 1960s, he worked as a farmer in the hinterland of Brazil and used to have to cross vast distances in his pick-up truck. Usually it was because he needed to check on the condition of the cattle at a remote corner of the property, or to oversee the repair of a well, but sometimes he did the long two-hour journey to the nearest town for supplies and errands. 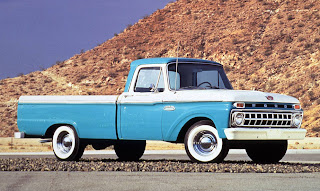 (Google image)
The land had been jungle since several generations before; the roads were muddy and of an intense brick red and it was miserable to drive along them when you encountered a heavy rainstorm. The raindrops merged in such a way as to make you feel someone was emptying a bucket of water over you, and you bumped and splashed along in a low gear, being rocked violently from side to side. You had to keep the windows nearly closed or you would be drenched over and over again, but you were almost as wet with perspiration from the heat in the not-very-dry cabin. Hopefully you had remembered to cover the open back with a tarpaulin, to protect from the elements whatever tools you were carrying.

Suddenly the deluge would stop, and you wondered if you had dreamed it all. There was blue sky and scorching sunshine, and your clothes steamed gently. In no time the spine of the dirt track was nearly dry, and you might encounter a large snake curled up asleep. The road was bordered by dazzling greenery and pierced by the shrieks and screams of monkeys and parrots.
Google image﻿﻿ 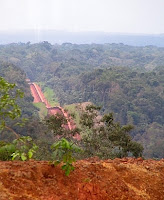 ﻿﻿On one such day Uncle John set out for the town on several errands, one of which was to collect a coffin for the grandfather of one of the employees on the farm, who had died the day before and under the law had to be buried within 24 hours. He had an uneventful drive into town, though as he bounced to and fro, as usual he cursed out loud every few minutes on the state of the road and wondered when the government would pave it.

When he had finished his errands he collected the coffin – a large one, for the old man had lived long and well – and put it in the back of the pick-up truck. Taking his hat off to wipe the sweat from his brow he cursed again when he realised that he had forgotten the tarpaulin, and hoped that the good weather would hold. It didn’t.

As he bumped along on the outskirts of the town he approached a man standing by the side of the road who had his hand up in the universal sign that requested a lift. It was an unwritten code in those lonely parts that you never refused the request for a lift. From the triangular hat he recognised that the man was (or his parents were) Japanese, of which nationality there were many in the region. They were highly prized as farmworkers because they were renowned for working very hard, and of having easygoing temperaments. My uncle duly stopped and told him to hop aboard, and the man said he preferred to sit in the back, in the fresh air.

The journey resumed and presently the skies darkened and rain slashed down as they struggled back along the track. Visibility was down to about 10 metres, and Uncle John’s right arm was constantly in use trying to keep the windscreen demisted. He suddenly remembered his passenger, but as he glanced in the rear view mirror he noticed with amusement and relief that the man had used his initiative and had opened the coffin, jumping inside it and at that moment was just closing the lid over his head. He wondered if it was going to be too hot for him with the lid down, but his attention was forced back to the road ahead, and he thought no more about it.

Some time later – it seemed like a long time, but it could only have been a few more kilometres further on – he saw a family huddled under a tree, and one of them was flagging him down. There were five of them, a couple with two children under ten and one other adult, and they tumbled into the back before he could wind the window down. At first being a very superstitious people they were clearly unnerved by the sight of the coffin and crossed themselves several times, but they soon cheered up, and despite the rain and the confined space he heard them laughing and singing. Perhaps they were anticipating the sun coming out again, which it did, as always the sudden transition from wet and humid to dry and hot, from dark and threatening to dazzling in an instant.

Meanwhile the Japanese man had been congratulating himself on finding such a neat solution to his predicament when it started to rain heavily, and had worked out a system where by holding the lid open a little at a slight angle he could stay dry and get some air. There seemed to be enough space to enable him to turn on his side, and the coffin had enough cushioning to protect him from the worst of the bumps. Although he heard the family getting on board, quite sensibly he didn’t want to get soaked merely to exchange greetings, so he kept quiet. However when the sun came out the box got suddenly very hot, and with a loud cry of discomfort was forced to flip the lid open and quickly jump out.

An extraordinary sight met Uncle John’s gaze as he looked through the rear view mirror. The five members of the family were shrieking “Nossa Sinhora!” (Our Lady) and crossing themselves frantically as they all tumbled out of the pickup without waiting for it to stop. They scattered into the trees by the side of the road, the children running after them whimpering with fear. The Japanese man was stretching, scratching his head perplexed and blinking in the bright sunshine.

My uncle stopped to try and find the family to reassure them and explain how this had all happened, but it was too late, they had all disappeared.
-oOo-
I have occasionally seen some version or other of this story enacted in comic films and wondered if it could possibly have originated from Uncle John, as this was one of his favourite anecdotes and he often told it. As the years went by the family’s superstitious horror and the Japanese man’s bewilderment ‘grew’ with the telling... and we loved it every time, and made him tell it over and over again. He spoke Portuguese and peppered his anecdotes with it; I’m quite sure this is when I started to become attuned to the sound of the language and when the time came to choose which two languages to study at university Portuguese inevitably became my other choice to Spanish.

A recent visit to Portland and Portland Bill, Dorset.
Home of Portland Stone 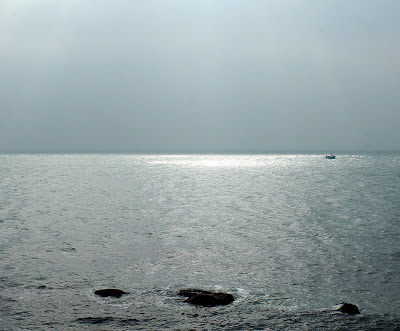 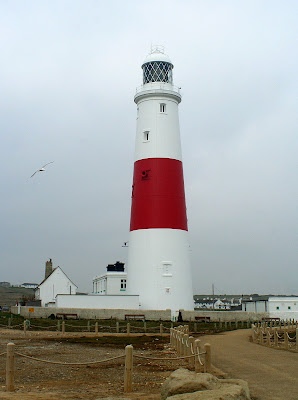 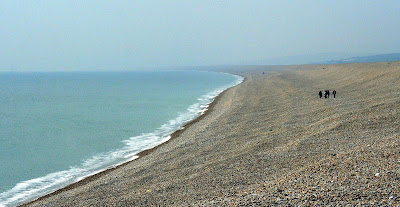 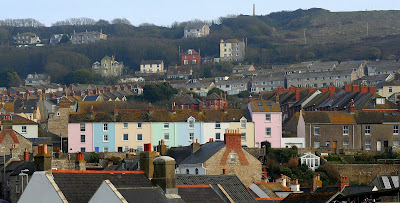 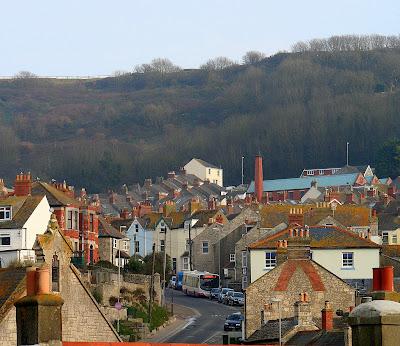 Hahaha - great story, well told Caroline ... is there a reason that people were required to be buried within 24 hours after death?

Thanks Graham! Same reason it seems to happen in every hot climate where there's no means of refrigeration - decomposition I suppose. It's the law in Argentina as well - many a drama has ensued when relatives abroad have not been able to get back in time for the funeral. I once worked at a crematorium here in Bristol, and when the person was from an Asian culture (specifically the Indian subcontinent) it was also required to be done in 24 hours, and here where people are used to having a week in which to organise things, it always caused a lot of stress because of pressure from relatives.
Caroline

What a funny story – I could see how your uncle would love to tell it again and again.

Thanks Vagabonde - he had a lot of stories, and I'm kicking myself that I don't remember more, and neither does my sister. She did remember another couple I'd forgotten, which I subsequently put retrospectively into The Skunk story, but that's it sadly.
Caroline