Tales from Argentina – The Dressmaker (Part 1 of 5)

This is a true story told to me by a friend, which I am recounting in five parts.  It is not strictly speaking a biography, and I regret that I have no photos of the personalities involved so have used contemporary ones I found on the internet instead.
Early Struggles 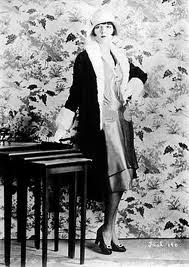 Doña Sol Vázquez knew she had a magic touch with fabric.  One dispassionate glance at the wealthy client before her, holding a fashion magazine with the picture of the desired dress, and she could bring her back to reality at a stroke: the shade clashed with her client’s colouring; the glittering features of the material were far too young for her, and so on.  Above all she was a genius when it came to cutting cloth – the imperfections of the human form held no mysteries for her.   A lopsided shoulder?   An outsize bottom? A breast larger than its companion... or just the one plus a prosthesis?  Her scissors never faltered as they snipped their way along intricate patterns and through fabulously expensive georgettes, brocades and satins.
Her clientele knew her and put up with her tut-tutting and ruthless appraisals – a garment made by Doña Sol would last for years and, provided she was given a free rein, would be of a classic style that would serve the wearer for a very long time and draw many admiring glances from other women, who were much tougher judges than the men.  She knew she was good and she was confident of her abilities – yet it was the only aspect of her life where she felt in control.  There would have been no point in giving her patterns, measurements or instructions – Doña Sol could neither read nor write. 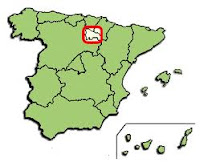 She was born María de la Soledad Vázquez Montero in the city of Logroño, north-eastern Spain  in the year 1900, ... 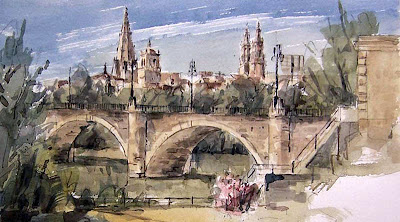 Bridge into Logroño across the Ebro river
...and was also known as Sol.  As was customary, she used both her parents’ names, Vázquez being her father’s and Montero her mother’s. 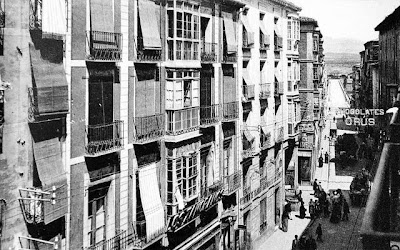 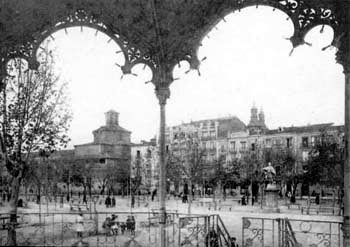 Logroño, early XX Century picture
Logroño is now a city of some 150,000 inhabitants, equidistant with San Sebastián to the north and Pamplona to the east; it was once a part of the ancient kingdom of Castile and at the time of her birth boasted a population of 20,000.  It was an important crossing point of the river Ebro and one of the stages for those making the pilgrimage to Santiago de Compostela in the north west of the country. 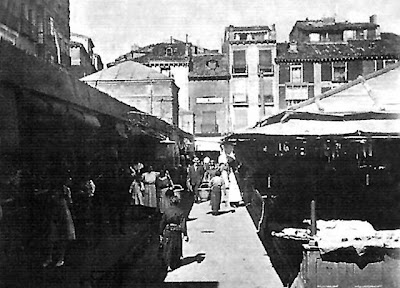 Market in Logroño, early XX Century picture
The Vázquez’ were one of many Spanish families who emigrated to Latin America looking for better prospects, and Argentina was a popular destination.  In the 80-odd years between 1857 and 1935 Argentina took in 2.5 million Spanish immigrants, among whom were the Vázquez family in around 1907. Sol was the youngest child of seven siblings, with the eighth being born after their arrival in Buenos Aires and thereafter her favourite brother.  They settled in La Paternal, a very modest suburb of the city near a deep stream, the Maldonado.
Arroyo Maldonado

The shops were on the other side of the river, and it was the little girl’s job to fetch their daily bread from the bakery, which meant wading across the waterway in both directions.  It was frequently in flood, and the precious bag of bread had to be held high over her head.  Times were hard and her parents could not afford for any of them to go to school.  Her brothers went out to work with their father, and she and her sister stayed at home to work with their mother.  There was no time for play, there were no dolls, but her one enjoyment was when she repaired her brothers’ torn clothes – her mother was proud of her youngest daughter’s neat stitching and invisible mending.   She therefore never had any formal schooling, and throughout her life was only ever able to scrawl “SV” as a form of signature.
. 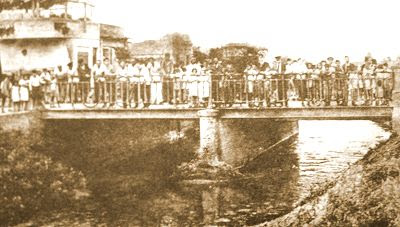 Bridge over the Maldonado built long after the Vázquez family lived by its banks
When she was a teenager she became very ill with lung disease as a result of the daily crossing of the Maldonado stream, and her carelessness about the subsequent drying out of her clothes – or perhaps she simply had no other garments to wear.  When she started to recover her father was forced to be ruthless:  if she could no longer run errands she would have to learn a trade.  He apprenticed her to a dressmaker, and here at last her luck changed for a time.
She learned the rudiments of sewing and dressmaking, picking it up quickly and often experimenting by herself.  She showed great promise, and the dressmaker considered her to be her star pupil.  To encourage her she gave her increasingly difficult work to do, and there came a day when her employer knew she could trust her to finish off the dresses which the older woman made for her well-to-do clients.  The girl’s wages were very modest, but it was clear to her parents that this was where her abilities lay, so other than to ensure that she gave them all her earnings, returning a few pennies to her each month, they were content to leave her alone.
(The names have been changed.)
Part 2:  Sol leaves home
-oOo- 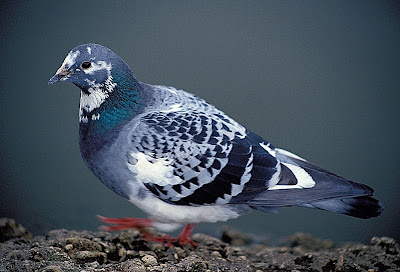 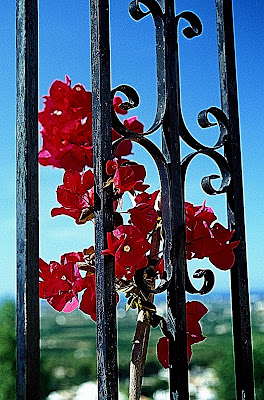 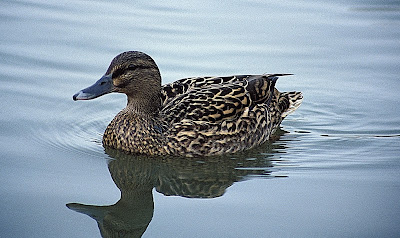 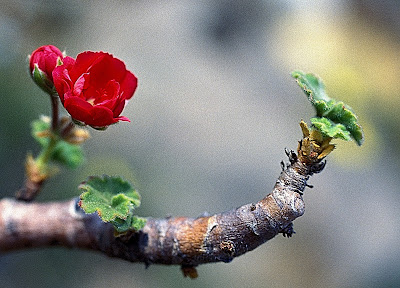 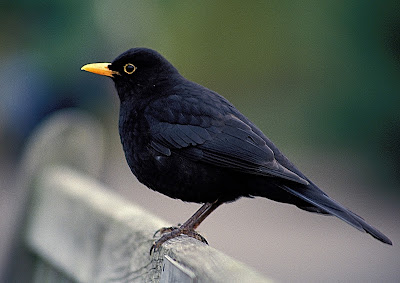 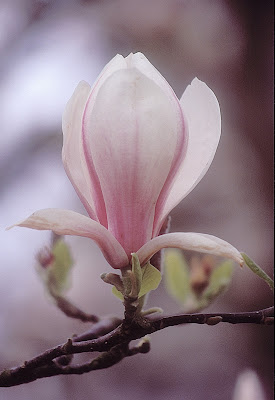 Cant wait for the next installment!

Can I ask... you know they use their mothers name and their fathers to form their name...

Vasqueth (forgive me) Montero (i think)

When that woman has children... which name would that child take??

would it just get longer and longer or does the child take the mothers fathers name?

Mastro**** beign her fathers name
Da Silva being her mothers...

If L**** married Bob Jones what wouold her name become, and what would her daughters name be?

I obviously cannot explain it very well, but hopefully you get my drift! LOL

...It would depend on whether they wished to carry on the tradition, which is becoming increasingly outmoded in the modern world. When I worked in Portugal for a year in 1975 I met people with names as long as your arm, because they used their parents' double name, and their children added the surnames to the grandparents (which I think is what you're asking)

Think I need to go and lie down.

Sorry Bunny, should have started the second paragraph with "So in the present day"....

You tell a mean story - so looking forward to the next instalment. Love the picture of the geranium bud! Zxx

Thank you so much!

Ahhhhh I got it! cheers hun. Also, I might just have news to cheer you up good and proper!!!

(and the word verification was of particular note today - Poodust!!! LOL)

I enjoyed this first installment. I noted that you said the names have changed...I wasn't sure what that meant as I thought this was a true story. Perhaps I'll find the answer in the next few installments ;-)