(None of the pictures in this post are mine - alas. If the authors recognise their own pictures, would they please tell me and I'll be delighted to give them the credit)

When I visited Patagonia in 2008 and 2009 researching and photographing the background to the book I was translating, it was like going back in time to when Argentina was more relaxed and strangers were courteous.  I loved the silent landscape, the endless horizons, the whistle of the wind and the view of the entire hemisphere’s Milky Way at night.   I daydreamed of settling there, with my own little house in a quiet backwater at the foot of the Andes.
But life called me back to my place in Bristol, UK, and I made my regretful farewells.  Back in the real world I got into the habit of browsing online Argentine newspapers, keeping up to date with both my homeland as a whole and in particular the region of which I had grown so fond.  I used to describe it – and the tendency has grown stronger over the years – as being a bird circling Patagonia on thermals, hovering high above and far away, looking down with affection at what was going on, yet unable to land. 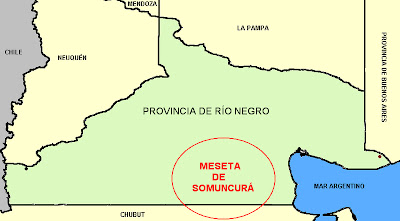 Last week I was captivated by a curious story in the online version of the Río Negro newspaper, which took me on my thermal to the plateau of Somuncurá, a 35,000 square kilometre, stretch of basalt 1000 metres above sea level in the provinces of Río Negro and Chubut. 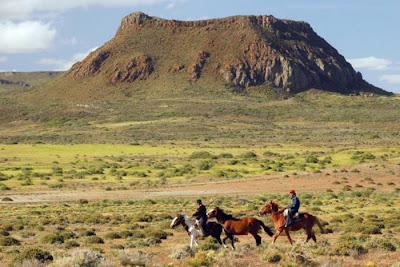 It has expired volcanoes so ancient that the land is now only gently undulating, with occasional hills, shallow valleys and a few lakes.  Fossils prove it was once under the sea, and today it is home to unique species of flora and fauna, the most unusual being the mojarra desnuda, (Gymnocharacinus bergii) or a miniature species of river bream, measuring barely three inches in length and completely devoid of scales – hence it includes ‘naked’ in its name, and is found nowhere else in the world. 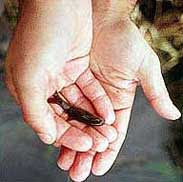 There are said to be vast reservoirs of water underground, but little of it reaches the surface, where rare species thrive – long legged black and grey frogs measuring 2.4 cm, multicoloured lizards and small creatures known locally as rats without tails which are in fact a species of marsupial.  Research remains sketchy and there is much to learn; not only about the fauna and flora.  Recently a crater measuring 5km in diameter was discovered by means of satellite images; the eventual analysis of its rocks rich in nickel, aluminium and cobalt should yield much about the history of the earth at those latitudes. 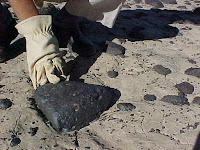 For humans it is an inhospitable place – in the native Mapuche language, Somun means speaking, curá means rock.  The rock that speaks – referring to the Andean and Antarctic winds that howl there for most of the year except in summer.  Temperatures fluctuate between -36 and + 35 degrees centigrade; 200mm of rain fall on it per year, some of it as snow. 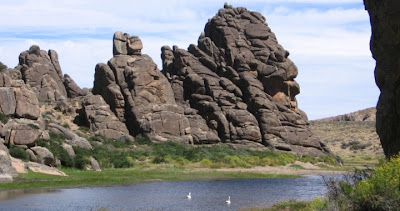 Its population per square kilometre is a meagre 5 and mainly consists of people from the original Tehuelche and Mapuche tribes – the only ones who are inured to the tough conditions.  They are in the main crianceros, or livestock herders, and live with their families in huts made of stone and move around on horseback, since there are few proper roads. 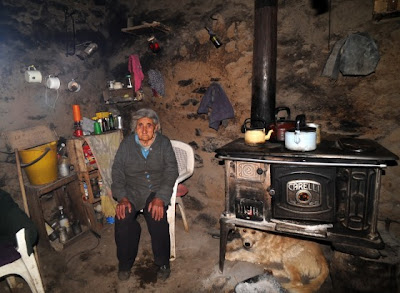 They have no amenities, and their means of communication across the distances owes nothing to technology.  A type of resinous cactus bush grows there (probably the Maihuenia patagonica), and specimens located at a high point when set on fire serve the dual purpose of boasting to your neighbours that you are the first up in the morning, or if you have not heard from them in some time, to ask them whether they are alright.  You then ride over to check on them if you have received no reply. 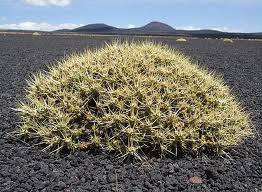 The story I read is about one such case last week.  It is mid-winter.
A shepherd had ridden to the town of Sierra Grande to report that an outpost 180 km away was experiencing difficulties.  The Torres-Liempi family was composed of three people, two of which were of advanced age, and in poor health.  They had not been seen for fifteen days.
A rescue team was scrambled in Sierra Grande.  Five fire-fighters and a male nurse with the shepherd as guide set off early on Wednesday 31st July in the fire engine, stopping off at the village of Arroyo Ventana to collect the council representative for the area,  a local resident and a further male nurse driving the village’s ambulance, and a policeman using his own patrol car.  There were therefore 11 people and 3 vehicles. 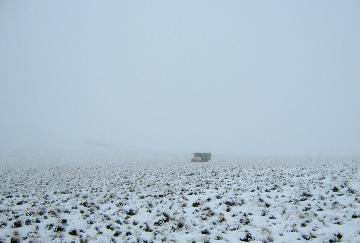 It was very tough going.  The convoy skidded about in the snow and mud and made very slow progress.  By two in the afternoon all three vehicles had got stuck.  The decision was made to continue on foot, and five of them -  one of the fire fighters, both nurses, the guide and the policeman - donned backpacks and set off cross country taking short cuts to reach the remote outpost before dark.  They trudged over the whitened landscape for 20 km skirting round hills and following guanaco paths, finally arriving at the home of the Torres-Liempi.
There they were surprised to find the family in good health.  The wires had got crossed somewhere along the line and there was no emergency. The family admitted however that they were running a bit short of food and were rationing what guanaco meat they had left.

It was now dark.  The team left them the basic emergency provisions they had brought with them, and immediately departed again.  The Torres-Liempi, they said, were in fine fettle.
The return journey to the stuck vehicles was even more exhausting, as the cold of night had clamped down on them.  By 9.30 p.m. they were back with the rest of the party, and their short wave radios were not working because of the cold, so no communication with the nearest village was possible.  The ambulance was the only extricable vehicle, and six of the eleven people crammed into it and limped slowly back, reaching the nearest village at 3 in the morning.
On Thursday 1st August Sierra Grande sent out a team to rescue the remaining six people who had remained with the fire engine and the patrol car in temperatures way below zero, and a trailer was despatched at the same time from San Antonio to collect the stuck vehicles.
The reporter writing up the story on Friday 2nd August told readers that as at the time of going to press, these last two rescue teams had not returned to Sierra Grande and could be lost. 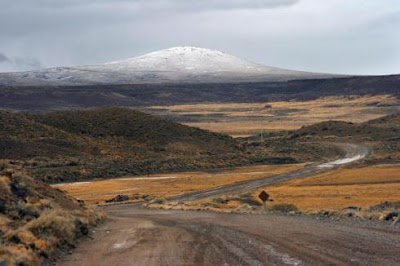 Since reading this story I have been thinking a lot about how we take our technology for granted, our modern roads, our easy lives.  One phonecall would have sufficed ... and perhaps a four-wheel driven vehicle.   I wonder if even in Buenos Aires, the modern capital, people are aware of how tough life is for some of their compatriots.
-oOo-
4 comments