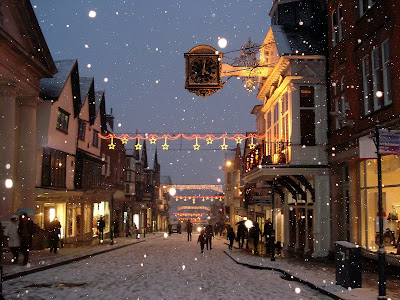 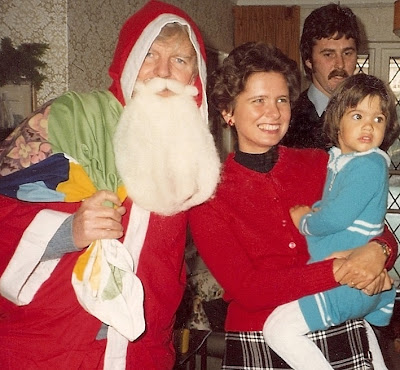 Uncle Gordon as Santa Claus, my sister Sylvia and her daughter,
my niece Veronica, looking apprehensive because she
was meeting Santa Claus for the first time.
My ex husband standing behind.
Taken in the early 80's.
-oOo-
Merry Christmas to all, and to all a good night!
-oOo-
Photo Finish -
From Lonicera's non-digital archive
More of Valencia and its countryside at Christmas 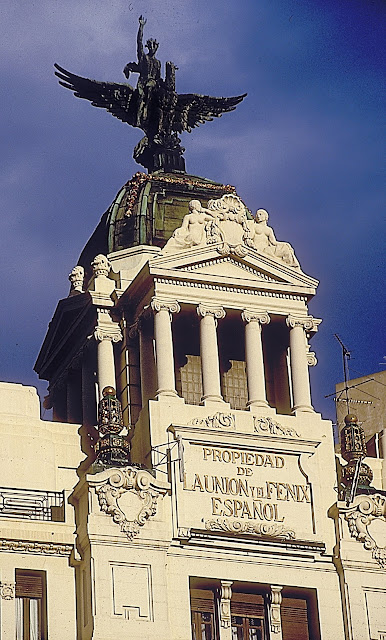 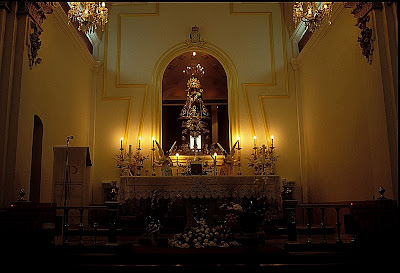 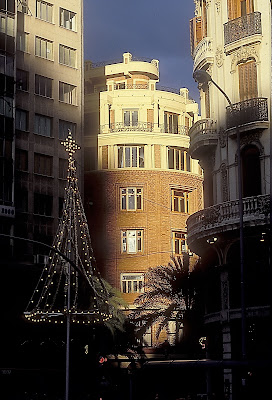 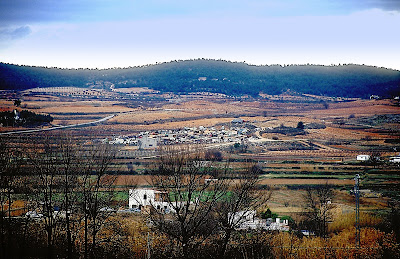 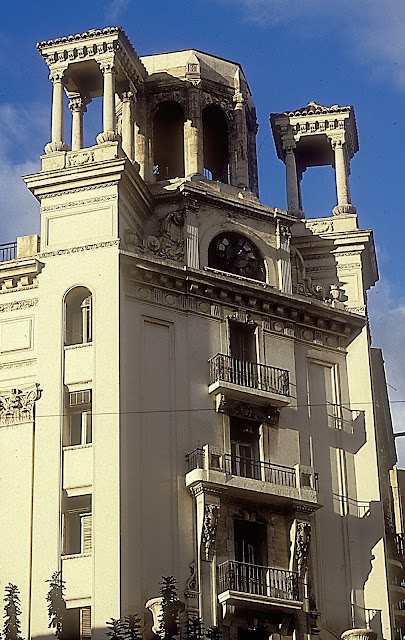 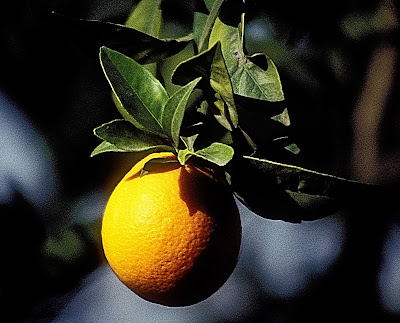 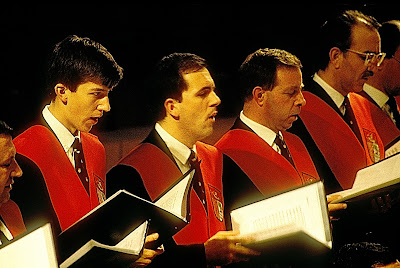 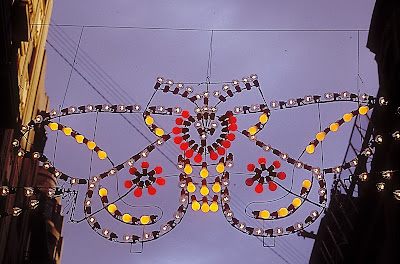 This was so beautifully written Caroline, it brought tears to my eyes....you are very good at doing that LOL! I loved your description of Christmas in Argentina and how cross you were at discovering they had all made it up!!

My son at 5 totally believes - altho he is currently figuring out how all the reindeer actually fit on our roof - and my daughter at 9 is still wanting to believe - altho her class is now full of children who don't believe.

I don't actually remember the moment when I stoppped believing....I was the eldest child so didn't have anyone else telling me it was all made up....I think it must have been a gradual thing.

But why on earth would you not encourage your children to NOT believe, how mean??!! It's not deception or encouraging them to believe in lies, it's a wonderful and special thing.

Thank you for your support on my blog this year, you know I love it when you comment, you always make me smile :)

I wish you a very Merry Christmas!

Caroline - I hope you don't mind if I link from my blog to this blogpost? x

How could I possibly mind! I love your comments....and I'm flattered that you should want to make a link.

My cushions have arrived, I think I'll take a few pics and put them on my blog after Christmas, I'd be very happy to give Melissa at Sew and Sew a plug, she's good!!

Have a superb Christmas Simone.

Oh yes, the cushions are really lovely aren't they, her work is excellent! So glad that you are happy with yours :)

Led here by the fabulous Simone, and I am so happy to have found your incredible story of Santa! You summed it up perfectly...nothing is as sweet and wonderful as the pure magic and belief system within a child's heart. If only, we never lost this innocence and 'faith'!

Merry Christmas to you!

I very much agree with the encouragement of a child's wonder of Christmas. Let children be children is what I say. Like you I didn't have any children of my own to practise what I believe but I sure tried with my nieces/nephews and others. Christmas is a wonderful thing in its purest form. I wish you the joy and peace that the season should bring, and all the love that you can bear. Hugs and Merry Christmas!

I came here from Simone's blog and she was right.... what a wonderful post.

Thank you dear Simone for your faith in me. The one time I feel serenely happy and the stars are in perfect alignment is when I'm sitting at my computer looking at the screen and the thoughts and memories translate into words. blogging is the greatest therapy of all time for someone like me.
Caroline

Thank you Joyful - I hope you have a lovely Christmas too.

Thank you too PhotoPuddle - I've much enjoyed looking at your blog and all its stunning photographs. Wish I was in that league!

Thanks for your supportive comments on my blog. I loved your Christmas blog entry. I've told my kids that Santa comes while you believe in him but once you stop believing, the parents have to take over the role of Santa - seemed to work.

I don't remember when or how I found out about Santa nor do I remember being upset about it... I imagine that my mom explained how Santa Claus lives in us and it is believing in the spirit of Christmas and Santa Claus that is the important thing. Besides, if you stop believing in Santa you get underwear for Christmas.

Happy New Year to you and yours Caroline, best wishes for 2011 :)
Any chance you may be off to South America again...your stories of your trip there were absolutely brilliant - loved hearing about the places you stayed in especially and seeing the photos, what a trip that was.

Thank you for your lovely comment today, that was a really nice thing to say, I appreciate it xx

Thanks Melanie for your comment - I first realised that I could blog as a therapy after the lapband op after reading your blog. You sort of made up my mind to actually do it, and I'm grateful.
Helen, you're SOO right! You not only get underwear, you also get 'smellies' galore - body lotions etc... Come back Santa, all is forgiven!
Thank you Pamela... I dream when I visit your blog... I dream that I've become very rich and can live anywhere I choose - and I look at your pictures of Patagonia and think - mmm, yes, I'll live there I think.... or how about in that pretty little inlet....
Thanks Simone, I'd love to return to Patagonia again, it rather depends however on whether I still have a job with the NHS or not. Fingers crossed!
Caroline