Memories of the past, dreams for the future. Part 9

Back to Buenos Aires
As I waved goodbye from the bus terminal I wondered sadly how long it would be before I saw Patagonia and my friends again.  I felt overwhelmed by the vast distances I had travelled, it was so remote from my life in England, and yet even here in Río Negro it was still not as far as Tierra del Fuego, a further 2,200 km (1,400 miles) south, the land described by Lucas Bridges as the uttermost part of the earth - and I had yet to cross the Atlantic and change hemispheres before I got home.
A last look... 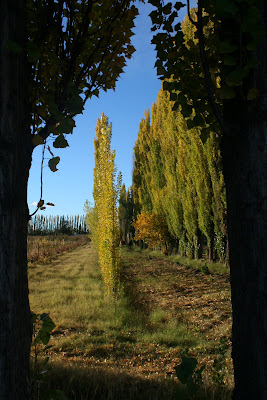 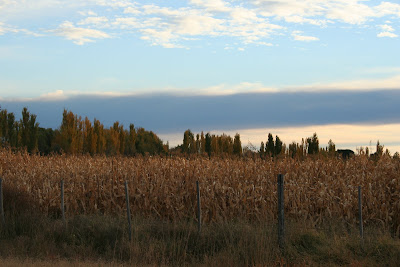 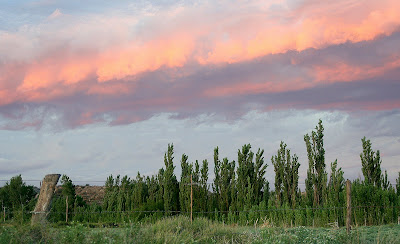 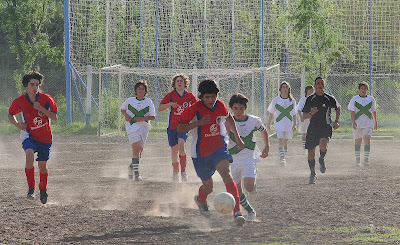 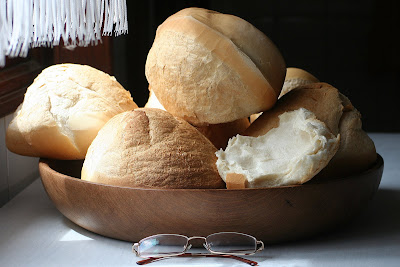 "Galleta":  crusty roll, hollow in the centre.
Soft and fragrant when fresh (about five minutes), subsequently only edible when thoroughly dunked (the next five minutes), and effective missiles thereafter.
Over the last few years I have read as many books about (Argentine) Patagonia as I could find, and it has always left me wanting to know more about the land and the people who lived there.  A never-ending procession of characters who were hard-working, brave and colourful, they were offtimes violent and on the run, while behind the scenes were those who pulled the strings – the national government and foreign interests.  The present-day Patagonian Argentine (and perhaps the Chilean too) is a descendant of one of these groups of people.
For those outside South America, Patagonia isn’t just a place, it’s a state of mind; it’s a kind of shorthand for far away and long ago, “down there” (with vague gesture of the hand).  Most are not even aware that nowadays it is a geographical region and not a politically defined territory, no more than “the mid-west” in the United States, or “the bush” in Australia.  The Chileans probably feel aggrieved that it is often assumed by Europeans to be part of Argentina only, as well they should, for this cone-shaped land covers a considerable portion of both countries, and is four times the size of the United Kingdom.
Virtually empty until about 150 years ago except for the indigenous population... 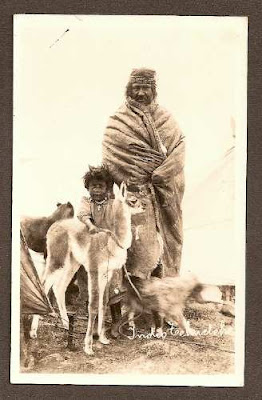 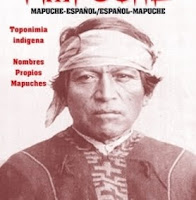 Mapuche  (Google image)
...it was gradually filled by European pioneers, 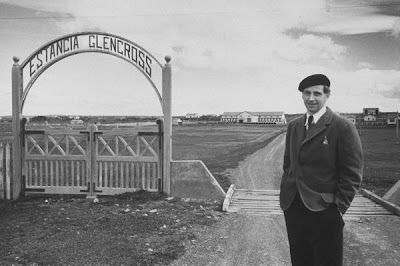 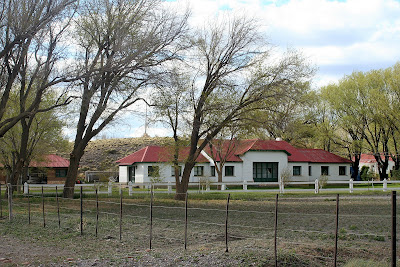 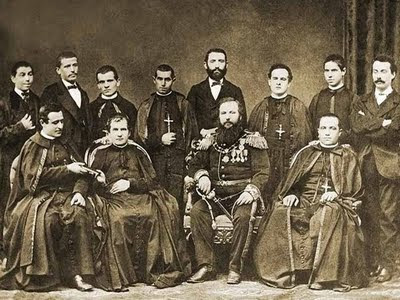 Robert Leroy Parker (aka Butch Cassidy, front right);
Harry Longabaugh (aka The Sundance Kid, left front)
with The Wild Bunch, 1901 (Google image)
A great number of the native population were ignominiously exterminated in the late 19th century on the orders of the government of the day, and survivors were marginalised, but they are recovering their voice today and reclaiming their lands. 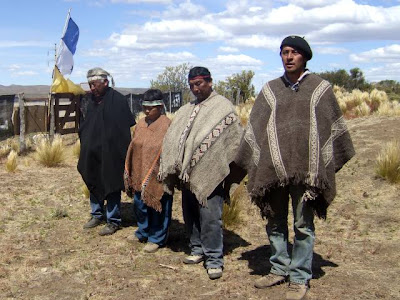 (Google image)
-oOo-
Back in Buenos Aires I had to forget the haunting music of the wind whistling through every nook and crevice, as the man-made cacophony of a capital city where 13 million inhabitants live together in occasional harmony forced itself upon my senses.
My first job was to register my translation for copyright, and if this paperwork and my experiences at the airport were anything to go by, it was a pleasant surprise to learn that Argentine bureaucratic procedures are a bit easier than they used to be.  There were echoes of the old times though... apparently once the form had been completed (in triplicate), it had to be submitted in an envelope: manila just so, measuring just so...  and no, they didn’t supply it, but the stationery shop round the corner would help... so back out into the hot sunshine I went with a group of similar hopefuls; we rounded the corner and trooped into the shop to buy 1 (one) envelope just so... (and have I mentioned that the country is suffering from a chronic shortage of coins?  I’m sure the shop had an elaborate arrangement with the copyright office to ensure a regular stream of people with jingling pockets), then back double quick to the copyright office where I had of course lost my place in the queue and had to get another number and wait until it was my turn once again.  However it was a brief procedure once I got to the front, and shortly afterwards left feeling ridiculously proud that I had been allocated a special number:  I was now a (sort of) writer!
My loyal friend Michèle was there once again to help me fulfil one last engagement in the interests of my translation – we met up with a successful Argentine writer to whom I had been introduced by a mutual friend, and who coincidentally knew my sister.  The latter had carried out some research for her in London to provide background to a book this writer had published some years earlier.  The lady was charming and helpful, and seemed interested in what I had to say – I left a CD of my presentation with her, and she promised to intercede on my behalf with her publisher.  I learned subsequently that she had, and that they would be looking at the project at the end of the summer recess, in early March.  For now there’s nothing further I can do.

I take nothing for granted; in fact I’m prepared for this to be a long and hard slog to get some publisher in the world to give Mollie Robertson’s book the treatment it deserves.  But for a short while at least I have felt that people were listening to what I had to say, and am grateful for it.
(This instalment will, I think, be too long if I include the final section, so I'll finish it in the next few days.)
-oOo-
Go to Part 10
Return to most recent post

I love these old black and white photos - they give a real sense of history!

I think I have eaten some of those rolls, I seem to remember them - cruncy with a hollow centre - they have an unusual taste too. Love this travel blog of yours. :) Hope things have picked up band wise too!

Very good post. I got a good laugh from your description of the galletas.

... and once when I was at boarding school at the age of about 7, the proprietors of the school were offered several sacks of "galletas" going cheap, and when they were served to us we realised why. They had clearly got in the way of a can of kerosene falling off a shelf, and tasted absolutely disgusting... So, flammable missiles!
Thank you so much for your kind comments.
Caroline