Tales from Argentina – The Dressmaker (Part 5 of 5)

The Summing Up
In the mid seventies it was decided (probably unilaterally by Juliette) that Doña Sol could no longer live alone.  She and Fernando sold both their own flat and her mother’s, and a large flat was purchased on the seventh floor of an apartment building in a busy but leafy part of town.  The two women had some adjusting to do to enable them to live together, and a source of amusement for the boys was what they called “The Curtain Game”.
Doña Sol had only come to enjoy and appreciate nice furniture and pictures as an adult after she had moved in with Don Pedro, and had always been obsessive about looking after them; in particular protecting them from the hot antipodean sunshine.  She feared the polished wood would split and the fabrics would fade and spoil.  Thus it was her strict instruction for the heavy curtains to be permanently drawn during the day.  If her daughter wished to read, she was allowed to open the curtains very slightly, which forced her to curl up in an armchair very close to the window.

Juliette had never forgotten this, and when she had her own home she instigated the exact opposite.  With joy she drew the curtains and flung open the windows, welcoming as friends the bright daylight and the breeze, revelling in the glowing colours of the pictures on the wall and the upholstery.

When Doña Sol came to live with them it was a struggle at first.  She accepted that this was her daughter’s home, but her instincts were powerful, and when her daughter was out she would trot round closing all the curtains, not always remembering to open them again before she returned.  Juliette would know as soon as her key was in the lock that they were in the dark once more, or perhaps it was the sound of her family diving for cover.  She would march through the house, angrily whipping the curtains aside and vocal in her displeasure.
The old lady had a large bedroom, and she was allocated a closet in the corridor for her dressmaking things, but only on the condition that she no longer had clients, since there wasn’t the space for this sort of activity.  She had no choice but to accept the house rules – or so they all thought.  But she was wilier than they had given her credit for.
Mrs Ethel Pincott was a wealthy widow in her 80’s who had been a loyal client of Doña Sol’s for over forty years.  “La Pincó”, as she called her, was an amateur painter of questionable talent, taste and technique who was very fond of romanticised scenes set in the Buenos Aires of the early 19th century.  There were Arcadian landscapes with delicate ladies dressed in mantillas drifting languidly across them, rough and ready gauchos playing the guitar or doing their traditional country dances on a feast day with smartly dressed citizens looking on politely, little black children on said feast day selling hot empanadas (savoury pastries) from a beribboned basket, native people wearing immaculate and brightly coloured ponchos, and so on.
Many years before she had given to her ‘dearest Doña Sol’ one of her precious paintings, a gaucho on a horse – which after a hasty look and a shudder, the beneficiary had ungraciously dumped in a spare room as soon as her client had departed.  It wasn’t until she moved in with her daughter that she took the wrappings off and they both gazed perplexed at the gaucho with his oversized hands and slightly twisted face, and the horse’s modest hind quarters completely out of proportion with his unquestionably noble and extraordinarily large head.  Juliette was all for giving it to the rag-and-bone man next time he was in the neighbourhood, but Doña Sol had good reason to defend it (as we shall see) and say she wanted to keep it in her room. 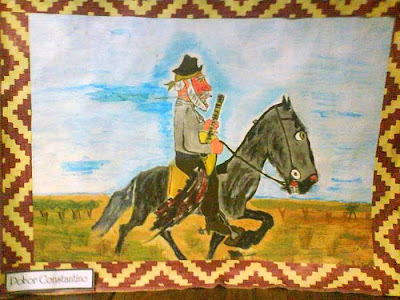 http://www.artelista.com/obra/7070731573787550-gauchoacaballo.html
Mrs Pincott had contacted Doña Sol on the quiet and begged her to come out of retirement temporarily to make a dress for her to wear to her grandson’s wedding.  Knowing better than to discuss this with her daughter, she confined herself to checking with Juliette whether she could invite her for tea.  Suspicious, Juliette consented but a date was agreed upon when she could be present to ensure that no business was discussed.  The classic, spot lit painting opposite the front door was taken down on the day, and the gaucho mounted the wall and his horse once again.
As expected, when they opened the door to Mrs Pincott, the lady was absolutely delighted to see her painting in such a prominent place, and spot lit into the bargain, and two very pleasant hours were spent talking about everything except making dresses, since Juliette didn’t leave the room.  “La Pincó” therefore had no chance to browse through fashion magazines to choose a dress, so she rang the dressmaker the following morning and arranged to drop round when her daughter was out to look at magazines and leave the fabric she had chosen.  However the old gaucho had been taken down again, and Doña Sol forgot all about it.

Her old client realised the situation as soon as she walked through the door, and highly offended, did not stay long, to the dressmaker’s puzzlement.  Later that day when Juliette returned, the domestic told her who had visited and the whole story was finally revealed.  Fernando and the boys clung to each other helpless with laughter, but Juliette was incandescent with rage, and the old lady was reduced to sullen monosyllables.  “La Pincó” never got her dress.
In 1988 Doña Sol’s advanced years and her distant past caught up with her; she died of chronic lung disease, probably the consequence of wading across the Maldonado stream with the family bread all those years before.  The first third of her life had been difficult, yet she had known how to seize opportunities when they arose and didn’t look back.  By accepting what she couldn’t change and being willing to work hard to exploit her talents she made her own luck.  She was also blessed with a certain fatalism and the good sense to recognise that for a woman in her position the social niceties didn’t matter.
It was different for her daughter Juliette.  Don Pedro’s legacy to his daughter, though he probably never realised it, was that she retained forever an air of barely subdued anguish and a certain vulnerable brittleness in her manner about what she perceived to be her social status, which no amount of love or reassurance and arguments concerning the modern world could assuage.

Fortunately this was tempered by what she inherited from Doña Sol – a measure of cunning, the art of survival and a comprehensive understanding of fashion; and thanks to the income from the dressmaking business and the thirst for learning sparked by the governesses, she acquired the self-taught knowledge and culture which together with the support of her husband Fernando ultimately soothed and sustained her.
(The names and some of the places have been changed, and all images in this series of 5 posts are from Google images.)
-oOo-
Photo Finish:
from Lonicera's digital archives
Studies from an opera rehearsal, summer 2010 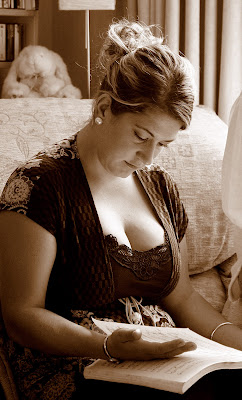 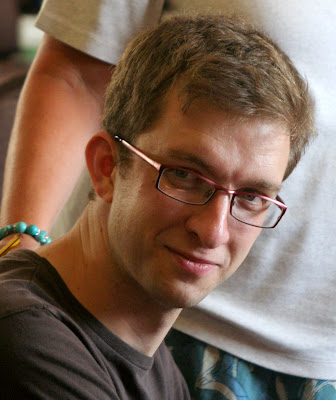 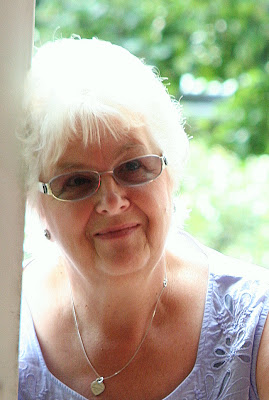 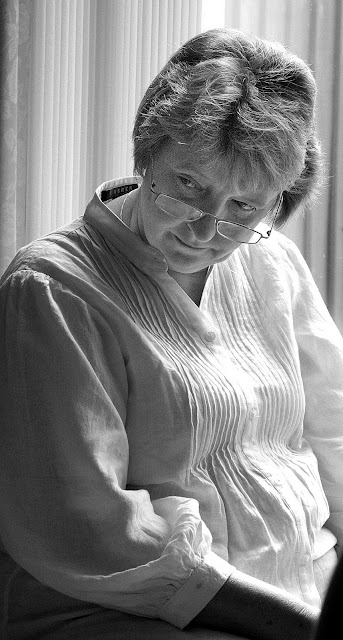 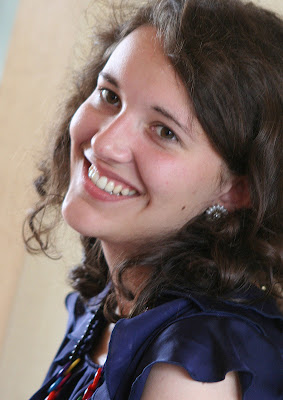 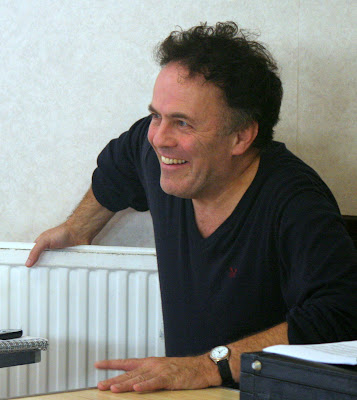 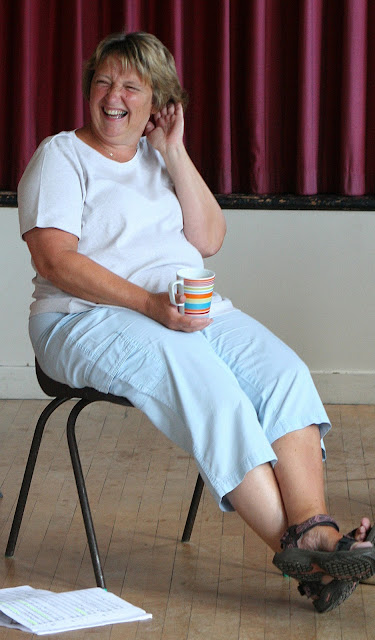 Beautifol story, and very well told.
¿Ever think of writing a novel?
Talent is what you have enough, and the argument is right there.


And I enjoy your pictures all the time.

Just caught up on parts 2 to 5 of the story - loved it! Yes as others say - I think you should consider a novel or at the very least more short stories - I love your writing style. Zxx

I enjoyed this lovely story about the Argentinian dressmaker. Given that you've changed the names of the characters in the story I am guessing that you knew this family in Argentina. Thanks for dropping by my blog and commenting on my Kenyan series. I have just resumed my series and there will be much more to come ;-)